skip to main | skip to sidebar

"Demonstrate your learning capabilities," how exactly to do that, I wondered. Develop a mental model!

I've spent the past few hours reading about the field of genomics & next-gen sequencing, with respect to one firm: Seven Bridges Genomics.

First I developed a sense of...


After that, I was bit stuck. How can one summarize an entire field with one mental model, one graphic.


But none of those are quite it. What is the root cause of the Problem. Here is a perfectly, imperfect mental model (all mental models are wrong, but some are useful) that seems to be working for me... 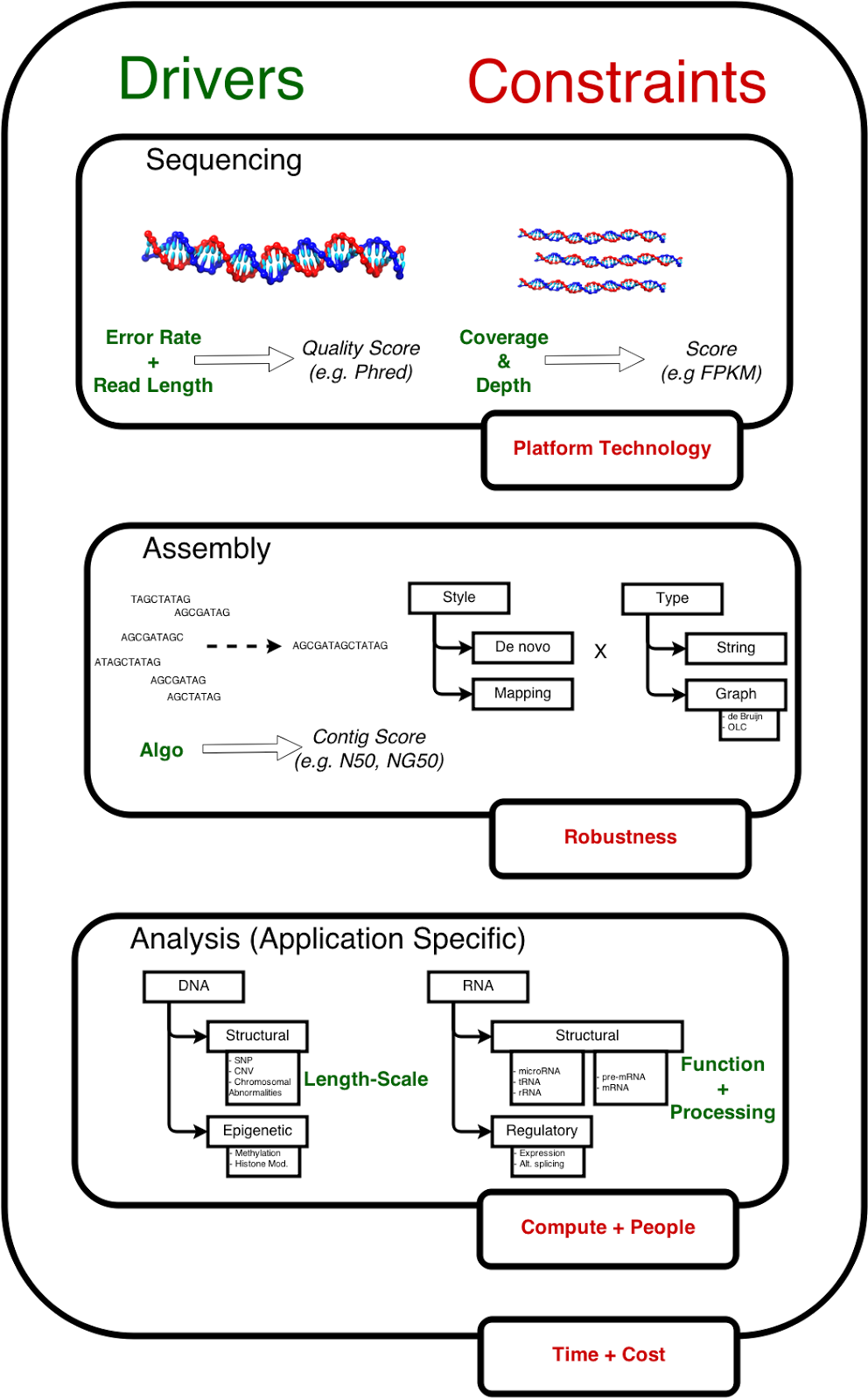 I think it comes down to drivers and constraints. Drivers being those things that push a technology forward, which of course require some metric to track changes in status (italics). Constraints being the rate-limiting resource which most hamper development, also complete with metrics (not-shown, but examples would be number of distinct technologies in the pipeline vs. maturity/ETA, cost per base-pair).

Each aspect of the ecosystem, from sequencing → assembly → analysis, has its own unique set of drivers and constraints.

Now, is there a rate-limiting step in the ecosystem as a whole?  If so, that's as good a place as any to begin with high-impact solution...


One thing that may temper going for the rate-limiting step is relative easiness of attacking other problems first. They're all hard problems, so lets stick to our guns and go with rate-limiting.

Which brings us full-circle, back to Seven Bridges Genomics and their solution, Igor, a cloud-based analysis framework.

The software is constraint-oriented, knocking down barriers to compute and people. Let our clever architecture and Amazon Web Services (AWS) take care of the computational scaling. Let our clever bioinformaticians do the heavy-lifting, standardizing workflows for common problems, adapting and scaling existing solutions and maybe even banging out something completely novel.

The result -- time and cost savings due to the experience curve effects, standardization and economies of scale. Awesome, no?

It remains to be seen whether they can compete effectively. It's a crowded space, with no clear market leader; but that's a story for Part 2. Other takes here and here.

PS. I also quite enjoyed the play on the Seven Bridges problem (aside: at least I think it's intentional). Change the graph, e.g. bombing a bridge -- which is more or less what they hope to do with the analytics end of things, -- and you can force a solution.